Very soon Metro Detroit will experience an extraordinary addition to Belle Isle that will attract visitors from around the world.  Oudolf Garden Detroit is a new 2.5-acre public garden on Belle Isle, designed by influential Dutch garden designer, nurseryman and author, Piet Oudolf.

Oudolf is best known in America as the planting designer of the High Line in New York City, and Lurie Garden in Chicago’s Millennium Park. He is also a best-selling author of nine books and is recognized for his plant knowledge and artistry and for creating compelling gardens that are open year-round. His gardens are a pattern, with changing shapes, colors, and textures. He designs stunning four-season perennial gardens in a lush, modern and naturalistic trademark style.

After planting 26,000 perennial plants and grasses in September last year, construction is winding down at the site on Belle Isle. This spring, the installation team is finishing up the irrigation system, planting perennials in the rain garden bed, and sowing the lawn areas. Visitors were able to visit during four Spring Garden Open Days to enjoy the multitude of spring blossoming bulbs planted last fall. The garden is set to officially open this summer, with Piet Oudolf attending a community celebration tentatively scheduled in late August.

“For me, garden design isn’t just about plants, it is about emotion, atmosphere, a sense of contemplation. You try to move people with what you do. You look at this, and it goes deeper than what you see. It reminds you of something in the genes — nature, or the longing for nature.” —Piet Oudolf

How well do you know Belle Isle?

Belle Isle, is a 982-acre jewel just off Jefferson Avenue, across MacArthur Bridge. It sits in the international waters of the Detroit River between Canada and the United States. Belle Isle is owned by the city of Detroit and managed as a state park by the Michigan Department of Natural Resources. It is home to the Belle Isle Aquarium, the Belle Isle Conservatory, the Belle Isle Nature Center, the James Scott Memorial Fountain, the Dossin Great Lakes Museum, a municipal golf course, a half-mile swimming beach, and other monuments and attractions including the Detroit Grand Prix.

There are picnic areas, space for baseball, soccer, kite flying and more. Visitors enjoy beautiful views of downtown Detroit and our neighbor, Windsor, Ontario. It is also the site of a Coast Guard station and Detroit Yacht Club. And soon Belle Isle, Detroit’s gem on the river, will be home to Oudolf Garden Detroit. The 2.5-acre garden is being installed in front of the Nancy Brown Peace Carillon between the Remick Music Shell and Anna Scripps Whitcomb Conservatory.

The community owes a debt of gratitude to the Garden Club of Michigan who sent a love letter to Oudolf’s home in The Netherlands and asked him to come to Detroit to build a garden. Oudolf agreed and picked the site on Belle Isle as the location. Thanks also to Oudolf Garden Detroit, an all-volunteer group of over 900 people dedicated to planting and maintaining the garden and thanks to The Belle Isle Conservancy, dedicated to improving Belle Isle for the people of southeast Michigan and its visitors.

To sponsor a plant, sign up for news, support the garden and much more, please visit oudolfgardendetroit.org.

Over three decades ago, Glen Goldberg set out to create a community-focused, environmentally-conscious landscaping company employing some of the best talent in the business—and for the last three decades, he has done exactly that. Glen leads his dedicated team as they work together to expand the business while holding true to the founding principles of creativity, collaboration and expert knowledge.

Glen’s commitment to researching and staying on top of industry trends, new materials and horticultural advancements keeps Four Seasons and his staff ahead of the curve for their clients. He is a proud recipient of the Michigan Nursery and Landscape Association “25 Year Award” and has been recognized by the City of Huntington Woods and the Birmingham Community House for his landscape and beautification work.

Previous Post: « Sustainability in the Landscape
Next Post: My Outdoor Retreat: How great landscape design can take you away » 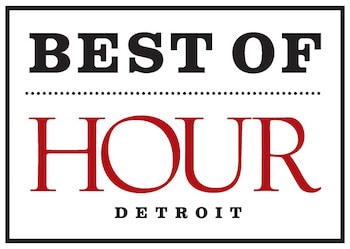 "The quality of your work is outstanding and we think our friends and family would be treated the same way. Your plants are excellent. We love our brick front porch and back patio. We absolutely adore Lyn D. too!”

"My designer, Bethany, is talented, creative, kind, a finer representative for your company you could not replicate. You deliver what you promise with no gimmicks or push. Every bit of advice proved stellar. …Brag a little – you are worth it!” 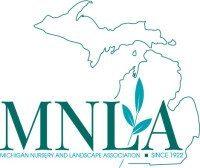 The heat of the summer is here, and homeowners are looking for ways to unwind in their own back yard. Maybe it’s … END_OF_DOCUMENT_TOKEN_TO_BE_REPLACED